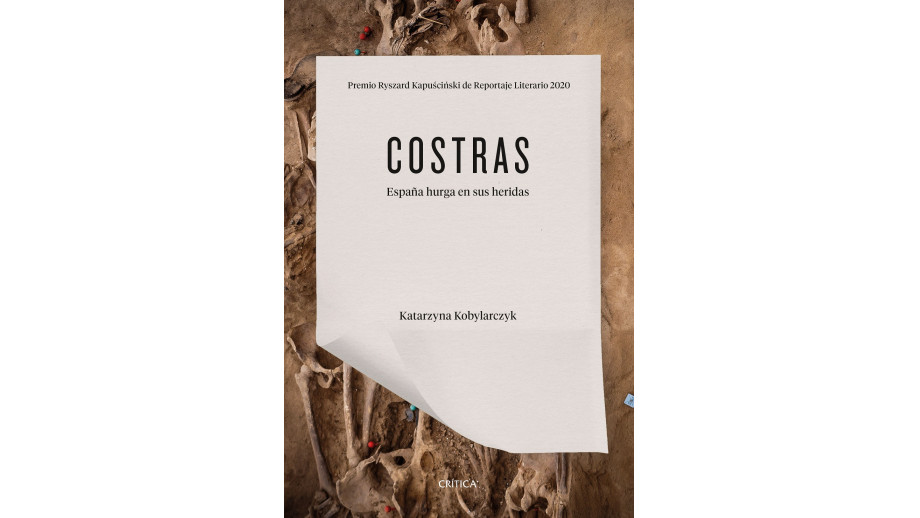 A translation of Katarzyna Kobylarczyk's book Strup. Hiszpania rozdrapuje rany (“The Scab. Spain Reopens Old Wounds”), awarded the Ryszard Kapuściński Award, has recently been published in Spain. The translation by Xavier Farré Vidal was supported by the Book Institute as part of the ©POLAND Translation Programme.

The book Costras. España hurga en sus heridas, as reads the title of the Spanish translation of the book, was published by the leading publishing house Editorial Planeta in Barcelona.

Eighty years after the end of the civil war, Spain still does not know what to do with the bodies of the victims. It took a quarter of a century after the death of General Francisco Franco for the families to dare to look for their murdered loved ones. They are still looking for them: in roadside ditches, buried wells, in fields, in shallow mass graves. Over the past dozen years, Spanish NGOs have opened seven hundred and forty anonymous graves. They exhumed more than nine thousand bodies of civilians murdered by the nationalists. Nobody really knows how many more such graves there are. They are in all regions of the country, with bones still lying in them today.

The Scab is the story of a country that, in the name of the future, was supposed to forget its ghosts, but failed to do so. About Fausto, who refuses to accept his father resting next to his murderer, about Emilio, who only wanted to find his grandfather and accidentally triggered an avalanche, and about Josetxo, the nephew of the First Who Gave His Life.

Katarzyna Kobylarczyk traverses Spain following the trail of the dead, the murdered, the disappeared. Martyrs and heroes. Victims and perpetrators. Families who want to keep looking and those who do not want to reopen old wounds.