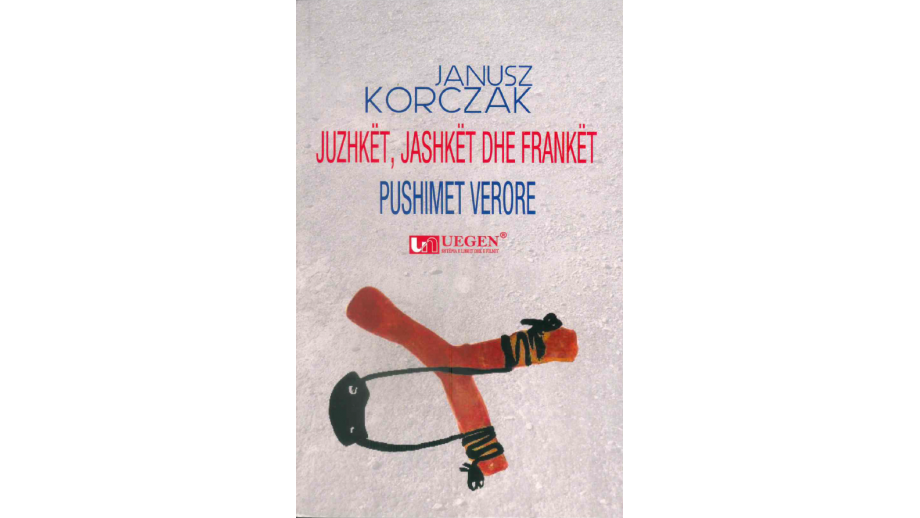 Janusz Korczak’s ”Józki, Jaśki i Franki” in Albanian with the support of the Book Institute

A translation of Janusz Korczak's book 'Józki, Jaśki i Franki' (“Joeys, Johnnies and Frankies”) has been published in Albania. The publication of the translation by Astrit Beqiraj was supported by the Book Institute under the ©POLAND Translation Programme.

The translation of the book Juzhket, Jashkët dhe Frankët, as reads the Albanian title, has been recently published by the Uegen publishing house in Tirana.

Joeys, Johnnies and Frankies are boys from Warsaw who, thanks to the efforts of the Summer Camps Association, came to Wilhelmówka for a holiday. Korczak describes their adventures in a truly chronicle-like manner. There is no single hero here, but almost everyone has their own five minutes of fame - they make their mark on the camp's history with an outstanding achievement, a special trait or... just being run of the mill. One boy has an interesting nickname, another is constantly late, another is exceptionally careful about the correctness of language, yet another has again developed a new method of building huts.

Not far from Wilhelmówka - in Zofiówka - the girls are having a rest: sisters, cousins, and friends. The two groups often meet, play together, and perhaps compete with each other a little.

In Korczak's story, who in 1904 and 1907 was a supervisor at summer camps organised by the Summer Camps Association and who clearly referred to his own experiences while writing Joeys, Johnnies and Frankies, it is evident that the camp participants were allowed to create a largely self-governing community, their independence was encouraged, and their democratic spirit was fostered.