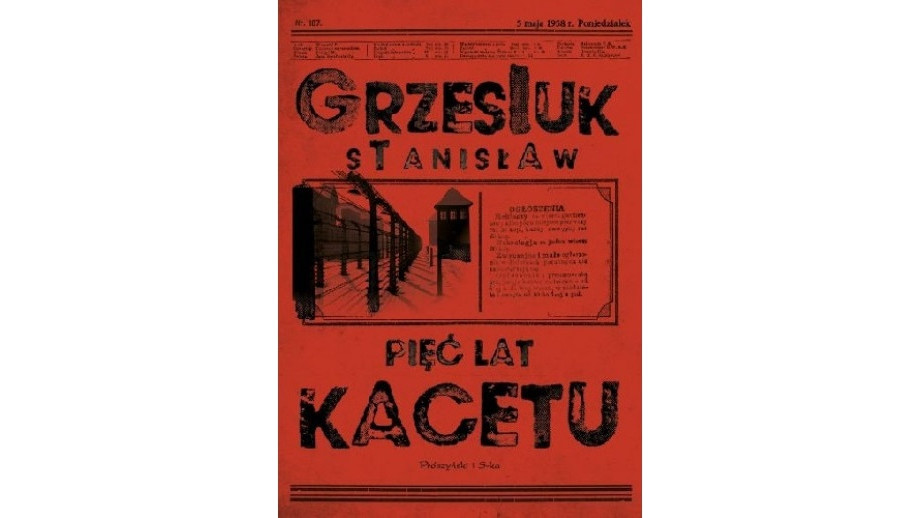 Pięć lat kacetu ("Five Years in Concentration Camps") by Stanisław Grzesiuk will be published in German by the Austrian publishing house New Academic Press (NAP). The NAP is planning to premiere the book in 2020.

Professor Józef Rurawski, a literary scholar and close friend of Stanisław Grzesiuk, states, “I have repeated many a time that Stasiek was an absolutely extraordinary figure, deserving of true social memory. I am glad that he will have a chance to speak to readers in another language, although it will be the language which his greatest trauma in life was connected with. But can one imagine a better closing for the story of a simple boy from Czerniakow, who became the voice of hundreds of thousands of prisoners?

The Austrian edition would not have been possible without the initiative and involvement of the team of the Embassy of the Republic of Poland in Vienna, which applied to the NAP with this idea, mediated in talks between the Polish and Austrian publishers, supported the publishing house in raising funds, including from the Austrian Zukunftsfonds, ensured partial financing of the Polish Ministry of Foreign Affairs, and found an excellent translator. Monika Szmigiel-Turlej, Deputy Ambassador to Vienna (until August 2019), driving force of the project, says “After the publication of the book, we plan, as an embassy, a series of promotional events in cooperation with Austrian institutions, including the Mauthausen Memorial. Thanks to its accessible and vivid language and the many timeless messages it conveys, this book has a chance to be met with great interest in both Austria and Germany. The promotion of Grzesiuk’s book will also bring back the memory of the place and the tens of thousands of prisoners of the Nazi concentration camp Mauthausen-Gusen.

The book will be published by June 2020.

Next: Eulogy for the Transatlantyk Award’s Laureate Back to list