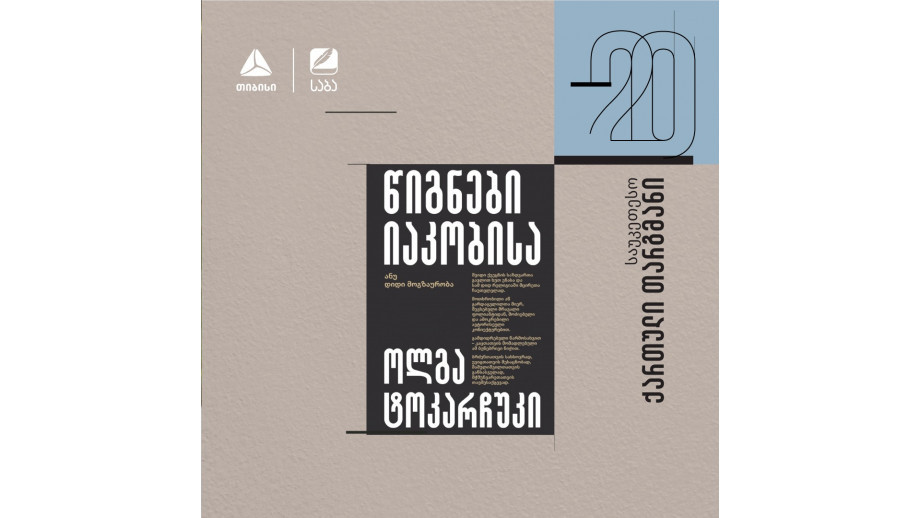 Translator Katja Wolters has received the prestigious Georgian Saba Literary Award for her translation of Olga Tokarczuk's Księgi Jakubowe (“The Books of Jacob") into Georgian. The translator's 'titanic work, talent, taste, and sense of language' were acknowledged.

The Saba Literary Award is one of Georgia's most important awards. The aim of the award, which has been presented since 2002, is to evaluate the literary processes of the past year and to identify the best books and outstanding authors and translators.

This year, as many as 46 titles were awarded in eight categories. One of the categories was 'The best Georgian translation of the year'. The Books of Jacob, translated by Katja Wolters, competed against as many as twelve other books, including Peter Handke's The Moravian Night, translated by Maia Panjikidze, and Marcel Proust's novel, In the Shadow of Young Girls in Flower, translated by Dali Iashvili.

Prize winner Katja Wolters has so far translated into Georgian three books by Olga Tokarczuk, namely Czuły narrator (“The Tender Narrator”), Gra na wielu bębenkach (“Playing on a Multitude of Drums”), and The Books of Jacob.

"This is a novel about the power of words. The world is made up of words and you could say it started that way. Yes, from the start, there has been a word that Olga Tokarczuk draws on. This is her credo. For her, everything is made up of words, including humans, of course. If you don't recall something, don't describe it, don't talk about it, it ceases to exist," the award-winning translator said of The Books of Jacob.

Next: Poems by Zbigniew Herbert’s published in Estonia Back to list