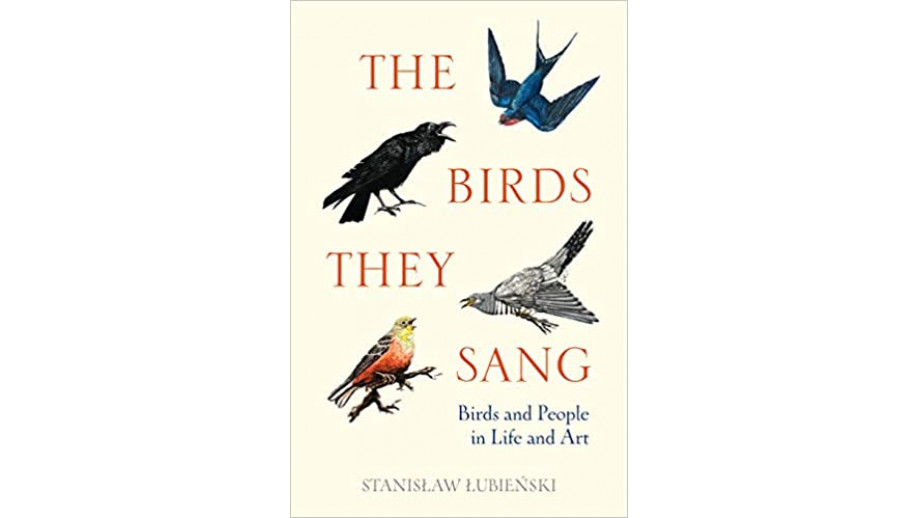 A translation of Stanisław Łubieński’s book Dwanaście srok za ogon (“The Birds They Sang, Birds & People in Life and Art”) has recently been published in the United Kingdom. The book was translated by Bill Johnston. The publication was supported by the Book Institute as part of the ©POLAND Translation Programme.

The book The Birds They Sang, Birds & People in Life and Art – as reads the title of the English translation of Dwanaście srok… – was published in early April by London's Westbourne Press Ltd.

There are six million people watching birds in the UK. For many of them, birdwatching is a lifelong passion, so it is not surprising that there are cases of fights, fainting, or heart attacks caused by a small, but very rare bird. Stanisław Łubieński hasn't beaten anyone (yet), fortunately, he has a healthy heart, but since he has a fervent interest in birds, he doesn't mind the cold and damp, the inconvenience, and once, he even fell prey to the "curse of the common reed bunting". The Birds They Sang is a natural consequence of the humanist's nature and around nature-related interests, which began in childish curiosity and passion. First, there was the independent bird watching through Soviet binoculars, then more and more serious observations and readings, trips to Hungary, to Scandinavia, in the Danube Delta. Later, ornithology became a source of inspiration for writing about art, literature, and film.

And that is why in his book, a wagtail from Kapuściński's poem and Chełmoński's bustards meet with the local sparrows. Notes from the search for the tomb of Prussian ornithologist Friedrich Tischler meet with a description of the difficult but fascinating action of ringing migrating birds.

And all this opens for the reader a rich world of sounds, colours, meanings. A description of a complete world in which man is never alone. The author proves that it's sometimes worthwhile to lift one's head and be delighted by a swift flitting between blocks of flats, stop in the park and listen to a blackbird or ponder over a painting or a poem in which a bird plays the role of a symbol.

This is a book for those who "suffer" from Birding Compulsive Disorder, and those who think James Bond is an agent with a license to kill, for ornithologists who want to go beyond the strict limits of science, and for twitchers who are willing to supplement their knowledge. And for all the inquisitive, because who wouldn't want to know what Hitchcock's birds were all about?

Bill Johnston is a laureate of the awards granted by the Book Institute: Transatlantyk Award and the Found in Translation Award (the latter is granted by the Institute together with the Institute of Polish Culture in London and the Institute of Polish Culture in New York). During his studies (Russian and French philology) at the University of Oxford, he received a scholarship for a Polish language course at the University of Warsaw. He is particularly connected with Cracow and Wroclaw. He lived in these cities after graduation, in 1983-1991 and worked as an English teacher on behalf of the British Council as well as a director of the English Language Center. His students from that time include professors Jerzy Jarzębski, Leon Kieres, Tamara Trojanowska. He lives in the USA. Currently, he translates and teaches comparative literature at Indiana University.

He recently translated Pan Tadeusz by Adam Mickiewicz, for which he was awarded the prestigious American National Translation Award in the Poetry category by the American Literary Translators Association (ALTA).