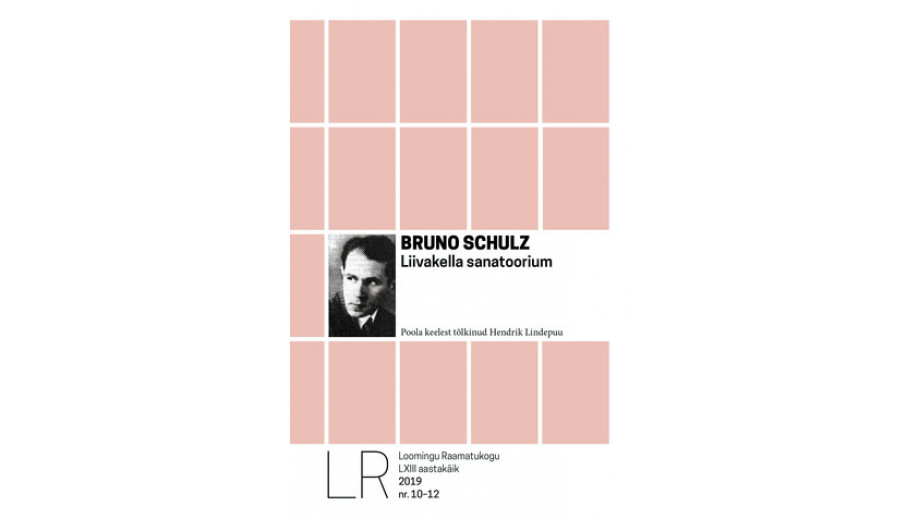 In Estonia, Sanatorium pod Klepsydrą (“The Hourglass Sanatorium”) has been published. The book was translated by Hendrik Lindepuu. The publication of Bruno Schulz's work was supported by the Book Institute as part of the ©POLAND Translation Programme.

The collection Liivakella sanatorium, as reads the Estonian title of the book, has been recently published by Hendrik Lindepuu Kirjastus publishing house in Tallinn.

Hendrik Lindepuu is the most important contemporary translator of Polish literature into Estonian, a true one-man-institution. In 2002, he founded his own one-man publishing house so as to be able to publish translations from Polish literature. In recent years, with the support of the Book Institute, his translations of Piękni dwudziestoletni (‘Pretty Twenty-Year Olds’) by Marek Hłasko, Jak kochać dziecko, Prawo dziecka do szacunku (‘How to Love a Child’, ‘The Child's Right to Respect’) by Janusz Korczak, and Bukareszt. Krew i kurz (‘Bucharest. Dust and Blood’) by Małgorzata Rejmer, Rok myśliwego (“A Year of the Hunter”) by Czesław Miłosz, as well as a selection of texts by Sławomir Mrożek and Leszek Kołakowski were published. In 2014, Lindepu also published a selection of Schulz's short stories, letters, and essays in the collection entitled Kaneelipoed (published by Loomingu Raamatukogu, Tallinn).

Next: Winners of the Albrecht Lempp Scholarship for 2019: Małgorzata Rejmer and Julia Wolf Back to list