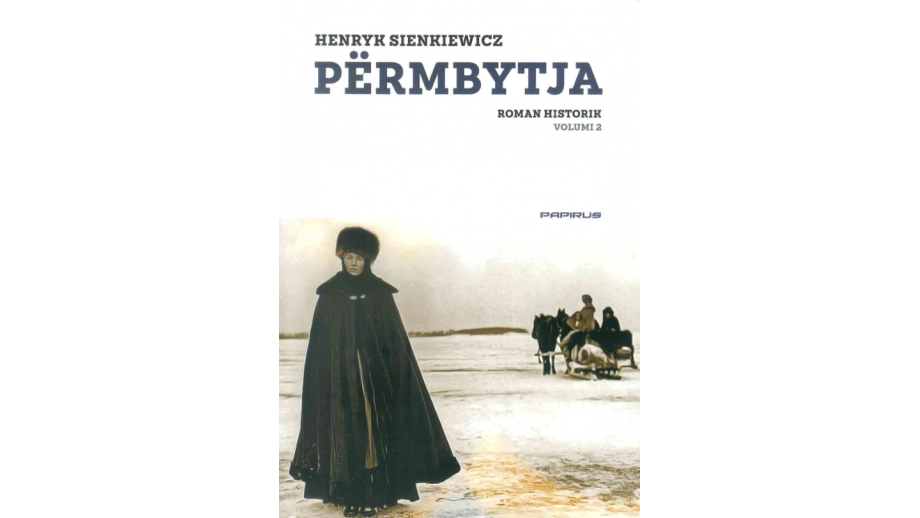 Albanian translation of Sienkiewicz's “Potop” supported by the Book Institute

A translation of Henryk Sienkiewicz's Potop (“The Deluge”) has been published in Albania. The publication of the book translated by Astrit Beqiraj was supported by the Book Institute as part of the ©Poland Translation Programme.

The two-volume edition of Përmbytj, as reads the title of the Albanian translation of the book, was published by Papirus, a Tirana-based publishing house.

The Deluge is the second novel of Henryk Sienkiewicz's three-volume series known as The Trilogy. The novel was originally published episodically between 1884 and 1886 in the Krakow daily newspaper “Czas”, and also, with a minimal delay after “Czas”, in Warsaw's “Słowo” and “Kurier Poznański”. The first book edition was published in 1886 in Warsaw. Part of the manuscript of the novel is preserved today in The Ossolineum in Wrocław (The Ossolineum - one of the largest scientific libraries in Poland – translator’s note).

The main character of the novel is a young soldier and noble Andrzej Kmicic, who arrives in Lauda to marry Aleksandra Billewicz’s granddaughter, in accordance with Billewicz's will.