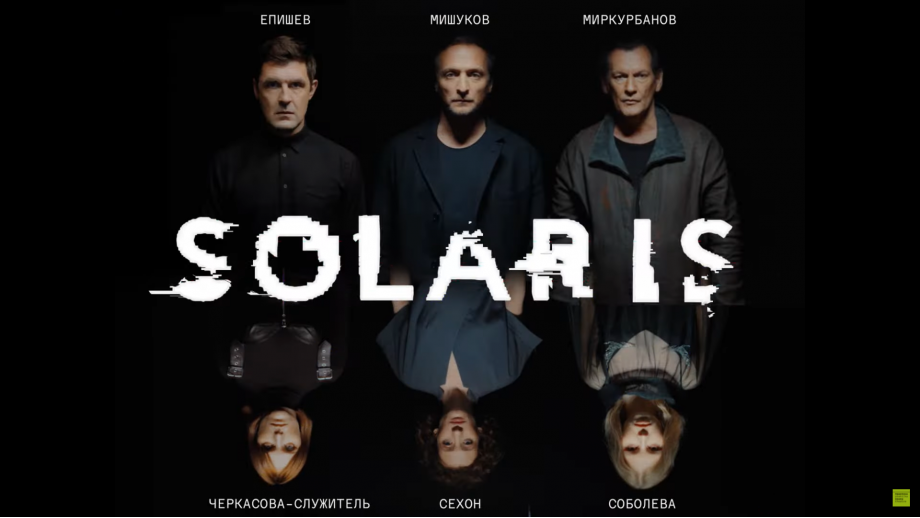 The Moscow experimental theatre Praktika presented a performance based on Stanisław Lem's novel Solaris. The performance refers to the field of new technologies, and the premiere took place online, as part of the online Night of Art.

The creators of the performance were inspired by the novel by the Polish writer and the famous film by Andrei Tarkovsky based on it. The themes and dialogues from the novel take place in a multimedia environment constructed from a combination of sound, laser projections, digital images, and singing. The performance is directed by Dmitry Melkin.

"The aim of the project is to outline the issues of a near future that is fast becoming the present: artificial intelligence, the phobias associated with it, and the ethical questions that arise from this. What is real? What is a simulation? Do we feel the line between the two? And what will we consider as reality tomorrow?" we read in the performance’s announcement.

The theatrical performance is accompanied by an exhibition-installation entitled "Metasolaris". It consists of five structures that a viewer can enter in order to immerse themselves in an unreal space created by the combination of image and sound. The text and music compositions were generated, based on excerpts from the screenplay of Tarkovsky's film, by Alisa, an intelligent personal assistant of the Russian search engine Yandex.

Following the online screening, "Solaris" will be shown live once a month in the former hangar now occupied by the Museum of Moscow, one of the most interesting museums in the Russian capital. The Polish Institute in Moscow supported the organisation of the project.

The Russian artists' project refers to two significant undertakings - in Poland, 2021 has been established as the Year of Lem in connection with the 100th anniversary of the writer's birth, while in Russia, 2021 has been declared the Year of Science and Technology.