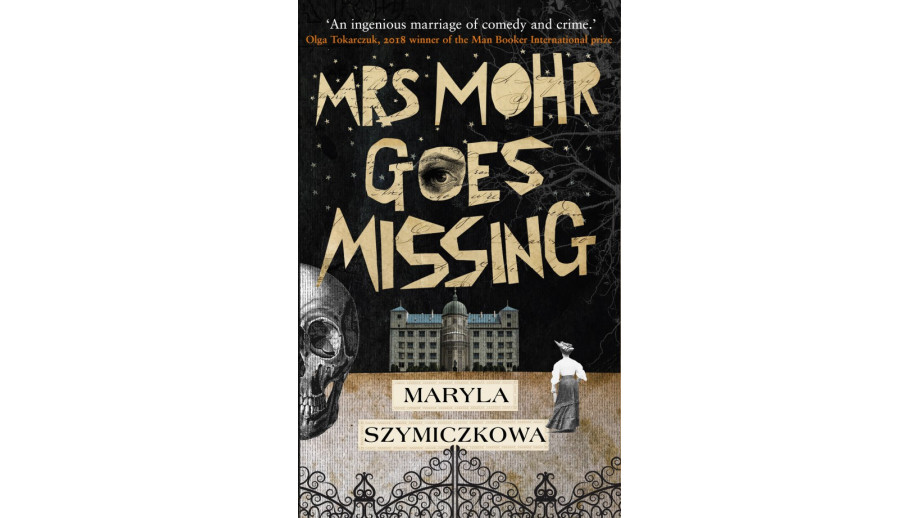 The translation of Maryla Szymiczkowa’s novel Tajemnica domu Helclów (“Mrs Mohr Goes Missing”) translated by Antonia Lloyd-Jones, last year's winner of the Transatlantyk Award, has been published in the United Kingdom. The publication of the book was supported by the Book Institute as part of the ©POLAND Translation Programme.

Mrs Mohr Goes Missing is a joint debut of the duo Jacek Dehnel and Piotr Tarczyński, which is a crime novel with elements of pastiche. The main character of the novel, Zofia Turbotyńska, has a thousand things on her mind. She must remember about poularde for dinner, not to forget to buy wine against cholera, check if the new maid has cleaned the silver well. And at the same time, she is terribly bored. Cracow in 1893 does not abound in attractions. So, when she accidentally learns that in the famous Helcel House, one of the female residents goes missing, she starts to act. With innate inquisitiveness - some might call it nosiness - she starts an investigation.

The crime novel Mrs Mohr Goes Missing is a surprising pastiche of literature from the era, which proves that in the bourgeois world of Mrs. Dulska, there is a place for a sensational scandal. A perverse game with convention, unique style, witty dialogues, and an unorthodox portrait of Cracow at the end of the 19th century. This brilliant novel combines the charm of a classic crime novel with a delicious satire of a long-gone era.

Next: Szkoła Nowych Tłumaczy i panel wydawców w Izraelu Back to list