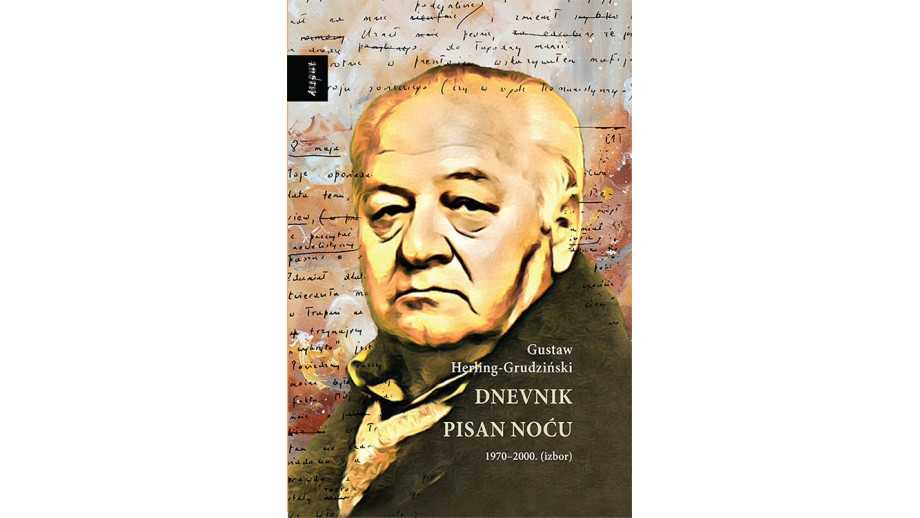 In Croatia, the translation of Gustaw Herling-Grudziński’s Dziennik pisany nocą ("Journal Written at Night") has been recently published. The book was translated by Adrian Cvitanović. The publication was supported by the Book Institute as part of the ©POLAND Translation Programme.

Dnevnik pisan noću, as reads the Croatian title of the edition of the book, which is a selection of Herling-Grudziński's diary texts from 1970-2000, was published by Disput publishing house in Zagreb.

Journal Written at Night is perhaps Herling-Grudzinski's magnum opus, a timeless and unique work. This chronicle of the era is full of references to literature and art, historical argumentation, and political commentaries. The author appears in it as a sage, a moralist, an artist and sometimes a harsh judge. The reading is obligatory not only for the lovers of the writing of Gustaw Herling-Grudziński.

Adrian Cvitanović, the translator of the book, has to his name the translations of the works of Czesław Miłosz (Ziemia Ulro [“The Land of Urlo”]), Leopold Tyrmand (Cywilizacja komunizmu [“Civilasation of Communism”]), Jerzy Giedroyc (Autobiografia na cztery ręce [“Autobiography for Four Hands”]), Marek Hłasko (Piękni dwudziestoletni [“Beautiful Twentysomethings”]), and Magdalena Tulli (W czerwieni [“In Red”]). All the aforementioned translations were created with the support of the ©POLAND Translation Programme.