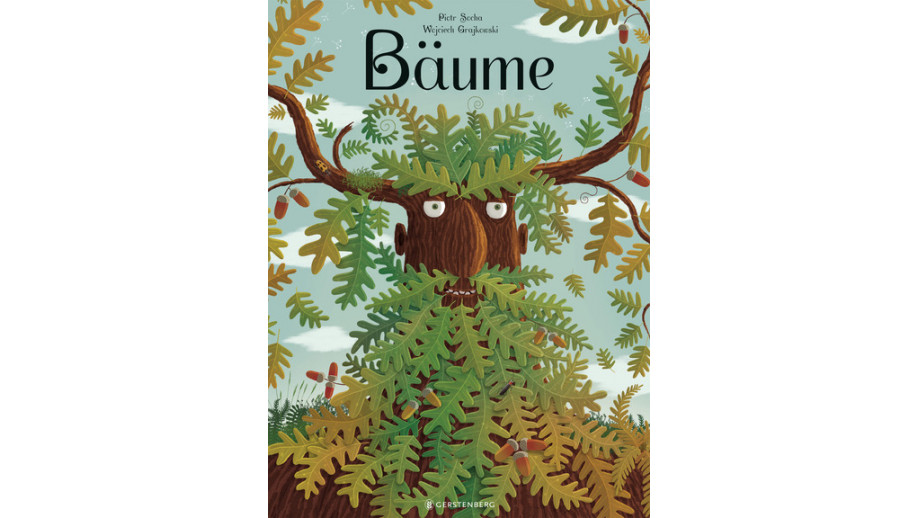 In Germany, the translation of Drzewa (‘The Book of Trees’) was published. The book was translated by Thomas Weiler. The publication of the book by Paweł Socha (illustrations) and Wojciech Grajkowski (text) was supported by the Book Institute as part of the © POLAND Translation Programme.

‘The Book of Trees’ has been recently published by Gerstenberg publishing house. Thomas Weiler has translated into German, among others, Mapy (‘Maps’) by Aleksandra and Daniel Mizielińscy, the book S.Z.T.U.K.A. (‘A.R.T.’) by Sebastian Cichocki, as well as the works by Maria Janion (Polacy i ich wampiry [‘Poles and their Vampires’]), Joanna Tokarska-Bakir (Legendy o krwi [‘Blood Libels]) and Magdalena Saryusz-Wolska (Silne kobiety i słabi mężczyźni, czyli o paradoksach podziału ról. Kino polskie 1945-1968: dyskursy płci [‘Strong women and weak men: about the paradoxes of division of roles. Polish Cinema 1945-1968: Gender Discourses’].

The Book of Trees is a new book by the best-selling authors of Pszczoły (‘The Book of Bees’); it’s a fabulously colourful large-format album about trees. The book consists of more than 34 large-format pages, each of which is intricately composed. The colourful illustrations are full of details, and the short and easy-to-read text not only explains what can be found on them, but also contains a lot of additional information and curiosities.