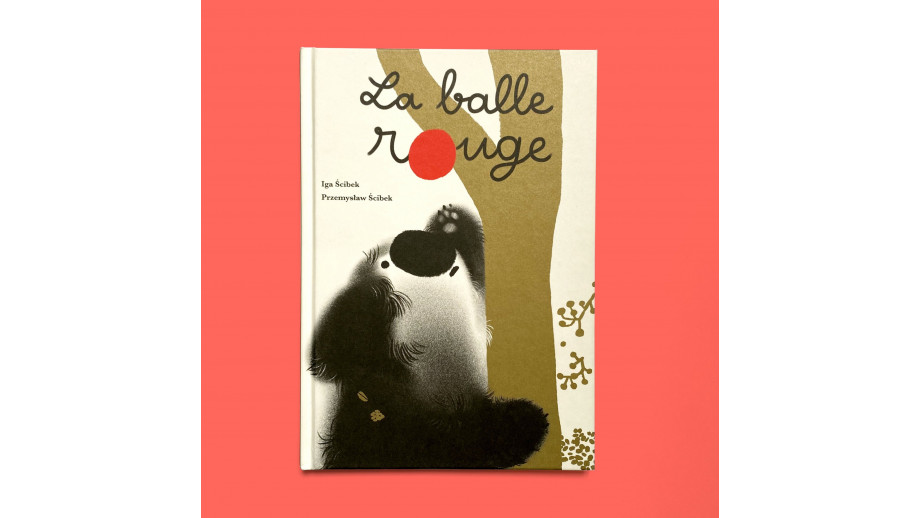 “Co to za kuleczka?” by Iga and Przemysław Ścibek translated into French

A translation of the children's book Co to za kuleczka? (“What Is That Little Ball?”) by Iga and Przemyslaw Ścibek has been published in France. The publication of the book translated by Lydia Waleryszak was supported by the Book Institute as part of the ©POLAND Translation Programme.

La balle rouge, which is the French translation of the title of the book, has been published by the La Partie publishing house.

The illustrated book, which won the main prize from the jury of the Dwie Siostry publishing house in the international competition for the design of an illustrated children's book JASNOWIDZE (“CLAIRVOYANTS”) 2020/2021, tells the story of self-acceptance in a warm, funny, not overly complicated way. Its protagonist is Tutek the fox, who strongly dislikes his unusually abundant fur. He would prefer to be neater, nimbler, and he would prefer his fur not to take stowaways from every single bush. Until one day, something happens that completely changes his perspective and allows him to look at his appearance with a kinder eye....

What Is That Little Ball? is the debut book by Iga and Przemysław Ścibek, which was appreciated not only by the jury of the competition of the publishing house Dwie Siostry, but also by readers. Iga is a graphic designer who has always had a special interest in children's illustration, whereas Przemysław designs exhibitions and exhibits for the science centre and occasionally furniture. The text for the book was written by them together and the illustrations were created by Iga.

Next: Październikowy numer „Twórczości” już dostępny Back to list